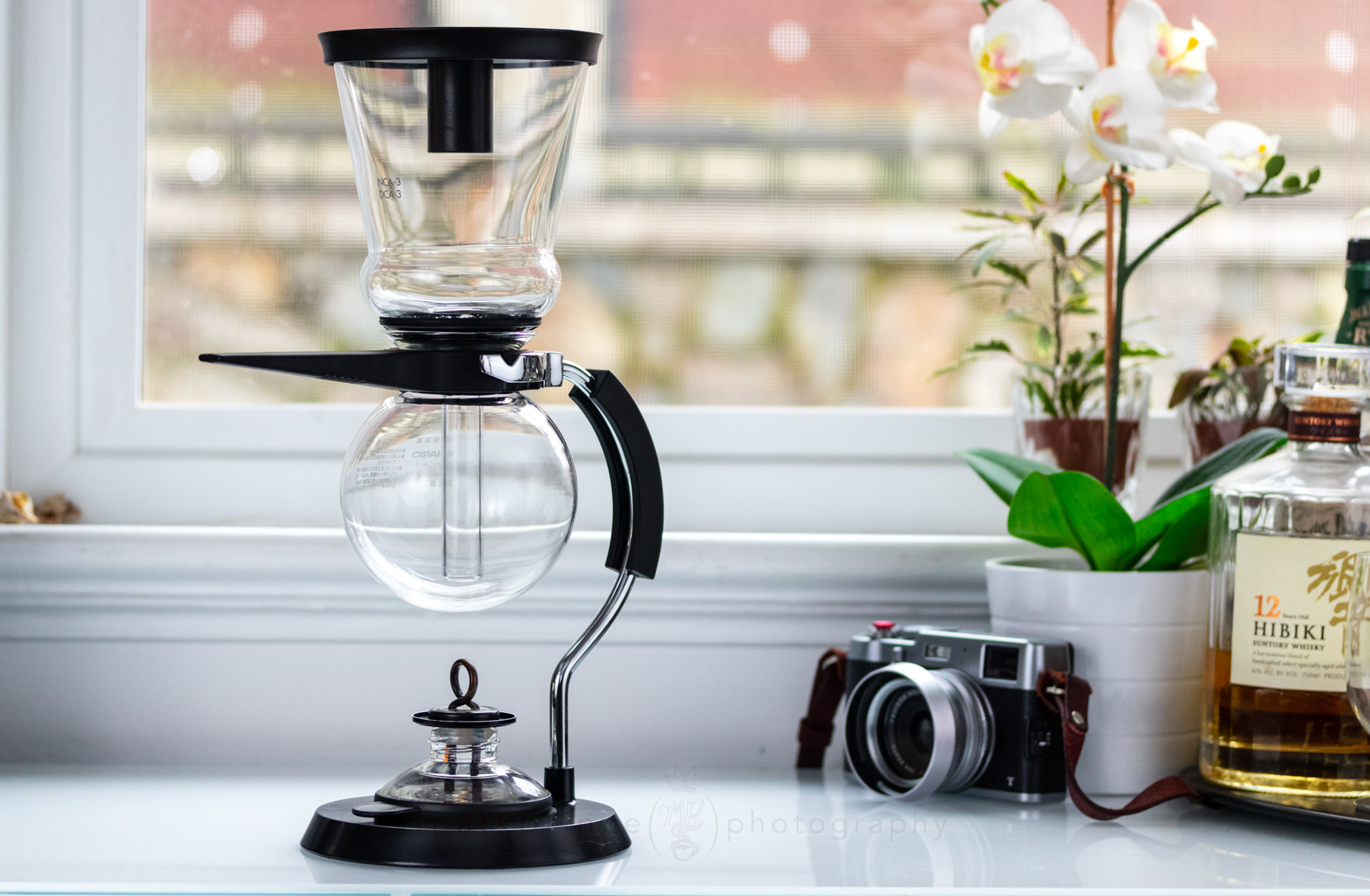 There are a few times where I really wish Hario, the Japanese Glass Maker and Coffee Maker, never made the Hario V60 coffee brewing system.

Don’t get me wrong. The V60 brewer is fantastic and helped usher in the current 15+ year wave of manual pour over coffee, to the point now where literally everyone in the coffee game from illy to Folgers are trying to cash in on the craze.

The thing is, before the V60 came along, Hario was really pushing the envelope on siphon coffee, in design, functionality, appearance and what was capable. Then the V60 was introduced, became the success it was, and siphon brewers became a kind of afterthought at Hario.

The proof is in the pudding. Hario’s main siphon lineup is the Technica (TCA) design, a design loosely based on Silex vacuum brewers from the 1910s and 1920s. They’ve been producing the TCA lineup for over 40 years now. They also produce the MCA lineup (called the Moca), which is a more modern design and one Hario can claim design originality for. Problem is, the MCA lineup is very difficult to find in North America, and it’s not terribly innovative.

Both of these product lines — the TCA and MCA were designed in the 1980s and 1990s by Hario. The company does have two siphon systems available today (sort of) that were designed in the 2000s: the NEXT model, which is okay but doesn’t look very much different from the Technicas, and the Hario Sommelier Siphon, which has a very unique and pleasing look, but is very difficult in terms of usability for daily use.

That’s right: just two new designs from Hario in the siphon brewer world since the early 1990s. Meanwhile, look at everything they’ve done in their V60 brewer space.

But… there was a third siphon design that Hario did, before the V60 came along. It was designed in 1989 by a woman at Hario, and was introduced in the early 1990s after being designed in 1989. It was strikingly beautiful. It was innovative. It was functional and completely unique amongst vacuum coffee brewer designs.

It was the Hario Nouveau line of siphon coffee makers, under the NCA product line. Hario started making the siphon in two sizes (NCA-5 and NCA-3) in the 1990s with a very unique copper tubing spirit burner. They stopped producing the copper spirit burner, replacing it with their standard cloth wick burner around 2005.

Then Hario discontinued the NCA-5 model in 2006. They still made the NCA-3 version for several years, but eliminated some of the fancy branding they had on the glass parts, taking away some of the visual appeal. In 2014, they manufactured the last units, completely discontinuing the line.

I never understood why Hario stopped making the Nouveau lineup. All I know is, it was probably the best tabletop, spirit fuel based siphon coffee brewer ever manufactured, especially with the copper tubing spirit burner. The Hario Nouveau 3 Cup Model (NCA-3) was the subject of our first ever Detailed Review on CoffeeGeek, and during our 20th Anniversary for this website, we’re revisiting the iconic siphon in this special re-do detailed review.