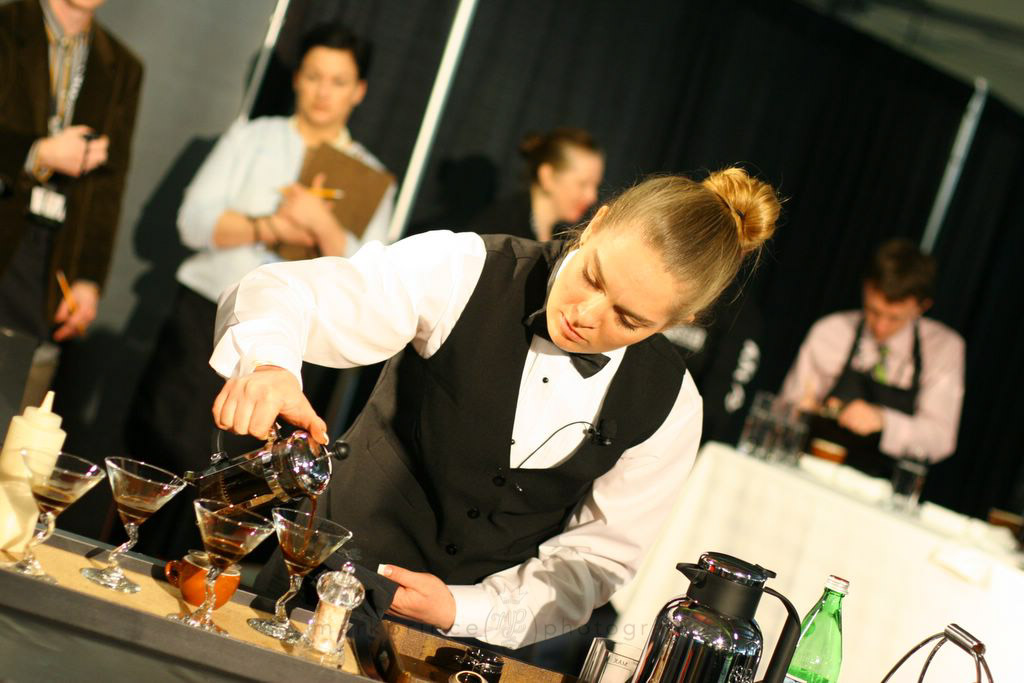 In 2007, we made a decision to scale down our coverage of Barista Championships. Part was because I was becoming very disillusioned with the various Championships becoming less and less relevant to specialty coffee consumers, and part was because in several polls we conducted at the time, our readership listed barista championships coverage near the bottom of their interest level in various types of content. We still covered regional championships in the Pacific North West, and any Championships hosted at the Specialty Coffee Association of America’s trade show, or the National Canadian Coffee Trade Show, but no longer paid expenses to cover international championships not tied to other website travel we did.

Still, at least in 2007, the first year we didn’t cover the WBC since 2003, I really wanted someone online to cover it, to report from it. When I found out two starting bloggers wanted to travel to Japan to cover the 2007 WBC, and needed to raise money to cover their costs, I donated $1,500 to them to help make that happen. We got no benefit at CoffeeGeek from that donation: they didn’t write articles for us, or report on the WBC on our website. It was a pure donation. That blog? Sprudge. Who knew their coverage of that event would solidify their growing role in specialty coffee for years to come!

Along with extensive coverage of barista championships in our early years, we also did many interviews of Barista champions, introducing them to home coffee lovers. We’ve moved a few of these interviews over to this new version of CoffeeGeek as part of our 20th Anniversary Event:

Dismas Smith, 2002 North American Barista Champion Interview. Dismas Smith, then of Zoka Coffee in Seattle, was the first ever barista champion we interviewed for the website. We witnessed him win the one and only North American Barista Championship at the 2002 Specialty Coffee Association of America trade show in Orlando, Florida (which we also covered in our trade show coverage that year), and were able to connect with him for this interview during a visit to Seattle. When this was published, a lot of our readers were incredulous that such a thing as a ‘barista champion’ even existed.

Tim Wendelboe, 2002 World Barista Champion Interview. Norwegian Tim Wendelboe had won the 2002 World Championships and a columnist we had at the time (Thomas Gauperaa) who is also Norwegian, knew Wendelboe and conducted the interview. Again, this was a big eye opener for our readership; the concept of a “barista champion” was pretty foreign to most at the time.

Eirik Johnsen 2003 Norwegian Barista Champion Interview. Johnsen was the 2003 champion from Norway, and finished third at the World Barista Championships. Norway at the time seemed like the super hot-bed of advanced barista arts, so we were frequently featuring professional baristas from that region.

We also featured interviews with other barista champions, including Sammy Piccolo of Canada, Matt Riddle of the USA, Troels Poulsen and Klaus Thomsen, both of Denmark, and James Hoffmann, of the UK, but sadly that content was lost during a bad database crash on the website in 2007 (and wasn’t backed up by archive.org’s wayback machine because I foolishly set content 3 levels deep in the menu system to not be archived). I always feel sad we lost those interviews. Klaus Thomsen in particular was a fantastic interview subject, and he was (and I am sure, still is) a fantastic guy.

With this new version of CoffeeGeek that we launched recently, I do want to get back to doing good feature articles on the various champions of the coffee world: not just Barista champions, but Pour Over Champions, AeroPress competitors, and Coffee and Fine Spirits champions. We will be doing that coverage different, some 10 years since our last major features of these competitors.

The focus will be much more on what innovations they bring and develop, and how what they learned and did in competition can translate to the experimenting home barista. Look for us to start this kind of new coverage this year.